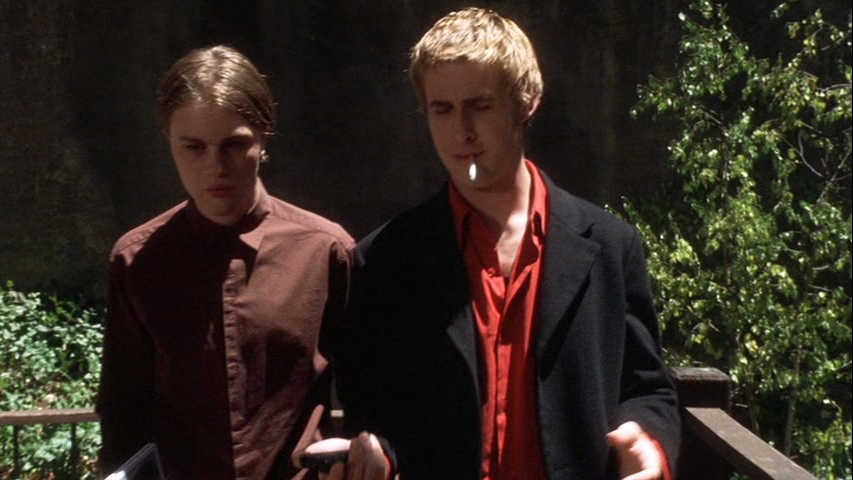 Wow. I’m simply full of praise for the team behind The Social Network. Surely Hollywood, not to mention the premium TV channels that have shunned him in the past, are now clamouring for more scripts by Mr. Aaron Sorkin. I’ve written of my admiration for the guy in the past, and I’m sure I will again. His script is quick-fire, quicker witted and utterly compelling. It is saturated with Sorkin style; rapid conversations that are just too smart to be real, multiple topics and scattered trains of thought covered in dialogue scant sentences long, and of course, a sense of humour, all of which combines to create real momentum and audience involvement. (There is also reference to cocaine, a pivotal point for Sorkin due to his own habit earlier in his career. How much that storyline adheres to the truth I’d be interested to know…) At the cinema screening I sat through, the entire auditorium was totally attentive all the way through, an uncommon circumstance these days. And by these days I mean, days in which cinemas are largely attended by loud dickheads who eat and talk and annoy.

Fincher’s direction is top notch as per usual, great pacing, a broad contrast of ups and downs; that emotional rollercoaster people love to speak of was well an truly rolling and coasting.

Equally impressive is the casting and the cast. Even Timberlake, and I can see it’s not going to be long before ‘even’ won’t belong at the beginning of a sentence like this, gave a spot on performance as the infuriatingly slimy and cock sure, Sean Parker (Napster creator). Eisenberg was at his best. Sullen, sharp, unlikeable – a perfect Zuckerberg and last but not least, our beloved friendly neighbourhood Andrew Garfield, playing the hard done by Eduardo Saverin, in what might be his last interesting role for a while as he dons Spidey’s suit.

Except he’s not really last, because three more of The Social Networks greatest assets need a mention.

Well, actually, this is where it gets confusing, because two of those ‘assets’ are actually one person. Armie Hammer, whose acting career is just about to go boom, plays both Cameron and Tyler Winklevoss and does a hilarious job of it (in the best possible way). Meanwhile, their friend Divya Narendra is played by Max Minghella, another character with a relatively small role who really jumps off the screen and makes an impression.

Ultimately, I think that’s why The Social Network is going to be such a highly regarded film. It offers a spectacular example of film making on every level. Fincher’s on a role, I really hope Sorkin is too. The trailer doesn’t really do it justice but take a look anyway:

Let’s hear some love for David Fincher. The man in the chair for a number of phenomenal thrillers, and no stranger to tackling some of the biggest egos in cinema – see Fight Club, Zodiac, The Game, Se7en and Panic Room. His films always draw a lot of punters, for good reason, and although Benjamin Button wasn’t such a stand out, there’s nothing wrong with the film making. Fincher’s latest title will no doubt be taking the internet by storm, at least if it has anything in common with it’s subject matter – The Social Network.

It’s a movie about the founders of Facebook, which instantly turns me off, so if it does you too, then before you slump your shoulders and sigh, read:

In addition to Fincher’s direction, the script is written by my hero Aaron Sorkin and the cast includes Andrew Garfield (the new, older face of Spider Man), Jesse Eisenberg (Zombieland, Adventureland, anything else with Land in the name…) – and ok, so it stars Justin Timberlake, but he’s never as bad as I think he should be, and though I despise his music, he’s earned a sort of grudging respect from me. Besides, if he’s out of place, I’ve just got to trust that Sorkin or Fincher will kick him back in line. All things considered, there are ingredients here which unless severely mishandled should make for a fantastic film.

But The Social Network isn’t the only movie Fincher’s juggling with at the minute. He’s remaking The Girl with the Dragon Tattoo for heathens who refuse to watch subs, and details are emerging of his work on animated movie, The Goon.

The latter especially strikes me as interesting, watch the trailer and see if you agree.