The latest and final installment in the Sky One comedy documentary An Idiot Abroad, following Karl Pilkington and his obscure, peculiar exploits as he visits the seven wonders of the world, was undoubtably the funniest episode of the series.

Despite seven prior episodes with footage from all across the world as he visits the wonders, including trips to previously cannibalistic tribes, real life ‘elephant men’ and gay nudist beaches, the final episode finds Pilkington sat with Ricky Gervais and Stephen Merchant against a totally white backdrop discussing highlights of the show with more hilarious results than anything beforehand.

The show was described by the Guardian as: “ball-achingly dull”. And in Karl’s own words: “I thought I was going to be the new Palin, until I found out – I didn’t know much.”

It’s not the first time it’s been suggested that Pilkington isn’t a stand alone comic, but that he needs his ‘founders’, Gervais and Merchant to really flourish.

As a trio they enjoyed phenomenal, record breaking and unimaginable success with their multiple seasons of podcasting, a medium more or less pioneered by Gervais, and yet when Karl released his own podcast, it flopped, releasing only one 12 minute episode in December 2008.

He’s released a number of books, although as an owner of three of them I can attest that whilst amusing, none echo the comedy of the podcasts or XFM radio show.

I think what the final episode reveals, is that Karl’s humour needs prompting – he needs to be probed by comics to reveal his comedy. Alone he’s a dimwitted, pessimistic presenter who will raise a smile, as a team, the trio will have you laughing so hard it hurts in a matter of minutes. Let’s call it a symbiotic relationship (for Karl at least, the other two seem to manage fine independently). Don’t get me wrong, “I love his kooky outlook on life”, but he needs back up. I really hope that Gervais and Merchant aren’t going to take a backseat now he has received so much celebrity and fame.

Unlike a TV series, that really needs reeling in after a couple of seasons to leave the audience wanting more (something Gervais and Merchant have proved brilliant at before), podcasting can go on and on without running dry. Indeed, I feel sure there is still a massive demand for The Ricky Gervais Show podcast to resume, and no doubt it would still top the iTunes charts.

It was always Gervais’ plan to make Karl a household name, but I’m not aware his plan went much further. Now he’s reached his goal, what’s the next step for the trilogy? The final episode of An Idiot Abroad seemed almost like the podcasting set up, except viewers could observe the facial expressions of the group, an added dimension. I think it’d be really worth them pursuing a show along these lines, even if only as a video podcast as whilst another Pilkington show would no doubt be watchable, it’s just not the same without his collaborators’ involvement.

Any thoughts on Pilky and the brains?

It wasn’t just speed cameras that caught my eye in The Guardian. The same edition detailed the grotesque cock ups and cock diseases spreading like contagion through the British teen sex scene. It’s embarrassing and infuriating that the NHS is bailing out and cleaning up after “youths” with apparently no concern or awareness of STIs or teen pregnancy to the tune of £1bn a year.

It seems I share an era with kids who don’t have a rational thought in their heads. Frankly, let their scrots rot, because if these are our future generations, I think we’re quite literally screwed.

Be sure to read the original article here at The Guardian Unlimited. 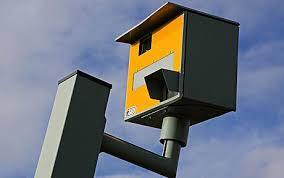